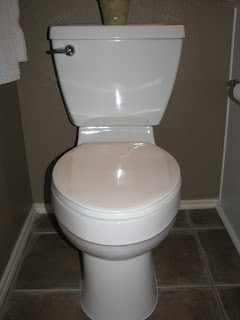 Ta-dah! I wanted “the one that flushes a bucket of golfballs,” and by God, we got it. And for a particularly disturbing video demo of its capabilities, go here.

Peach and Olive have magnetic notepads on the icebox for any lists or musings they need to record. For whatever reason (and who needs one, really?), this is currently on Peach’s: 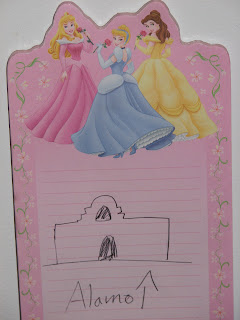 This box used to contain four delicious cupcakes from Sugar Mama’s, which we devoured last week in celebration(?) of my One-Year Anniversary at The Job. The box now houses Olive’s paper airplane collection – that’s “Cherry Bomb” there on top. 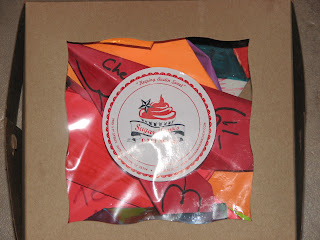 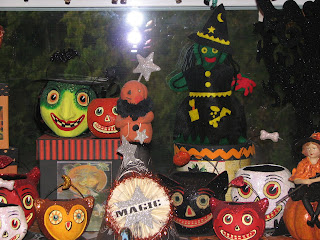 Yeah, I decorated this weekend. Six weeks early. Shut it. 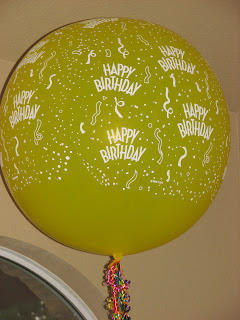 Two months later, and still flying high. I’m terrified it’s going to pop and deafen us all.
Posted by La Turista at 7:25 PM

A coworker of mind got a giant balloon for her birthday the other day, and I looked at it and thought, "nah, it's still not as big as La Turista's."